There’s no better place to relax and sample our wide range of delicious, freshly brewed beers than the Tangled Roots Tap Room, in downtown Ottawa, IL.  With around fifteen beers on tap at any time, you’re sure to find something that hits the spot, whether its one of our classic brews, a seasonal, or one of the limited edition beers from our Survival of the Fittest innovations program.  Book a tour of our brewery while you are here, and see how we make our beers.

With our fully stocked beer cellar and branded merchandise store you can also take a piece of the Tangled Roots experience home with you. 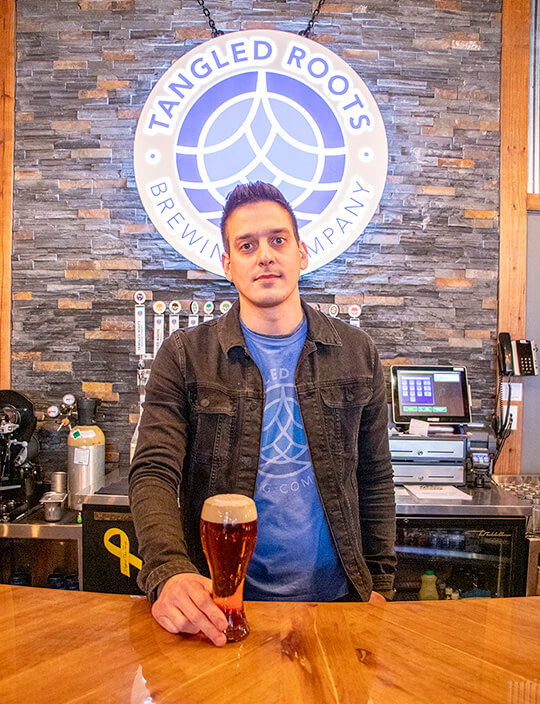 Mike Billy, head brewer and operations manager at Tangled Roots, is the brewer with two first names. You may run into him brewing at any of Tangled Roots’ locations while making sure the brewing operations are running smoothly. He is easily identifiable by his distinct lack of a beard, an oddity in the brewing community. Mike is a graduate of the World Brewing Academy Concise Course in Brewing Technology at the Siebel Institute of Technology. Some of his favorite beers are barrel-aged beers and sours. He is a native of the Pittsburgh area of Pennsylvania and is a fan of Pittsburgh sports teams, especially the Steelers and Penguins.